Two words. Short but Strong. Both are trend-setters, albeit of different kind. Both have their own, absolute meanings; their legion of fans swear by it. Those under their hypnotic spell can hardly belong elsewhere. Both can multiply themselves and fill the adjacent heart too, with their scents.

But are they related to each other? In any way? Are they friends? Or adversaries?
Or are they family, since such striking resemblance is invariably rooted in familial ties?  Is the birth of one never without the other? Are they forever twins, living a life that is half divided between themselves, each making its presence felt in the other’s moment of pride too? Or are they those quarrelsome siblings, who can never share the same room?

It is a difficult question which the brilliant Zweig attempts to answer in the splendid Journey Into The Past. The story is set between 1912 and 1921. 23-years old, industrious Ludwig, from humble origins, finds pure, infallible love in the serene, jovial and compassionate wife of his wealthy but genial employer. His love is reciprocated with the same sincerity and longing.

“But true love truly becomes love only when, no longer an embryo developing painfully in the darkness of the body, it ventures to confess itself with lips and breath. However hard it tries to remain a chrysalis, a time comes when the intricate tissue of the cocoon tears, and out it falls, dropping from the heights to the farthest depths, falling with redoubled force into the startled heart.”

However, before their love flower can bloom in full, Ludwig is sent to Mexico for undertaking work assignment for two years. The vision of a passionate reunion at the other side of this painful separation, keeps the two alive in their colourless worlds. But with just a few weeks left for the divine rendezvous, the World War I breaks out. It changes everything, cutting the thread between the two lovers, ever so slowly, mercilessly. The two years never see the end and both the lovers move on in life. After nine years though, they come face to face once again and embark on a journey to rekindle their lost love.

But is it their love anymore? Are they, worthy owners of their love after all? Is it love even?

It is often said that love blossoms in absence. But does the blossoming, sap the bud of its innocence? Does that love ever remain the same once usurped by the curse of absence? Under the shadow of absence, the love sapling feels nourished and protected. But leave the sapling under its refuge for long and it starts wilting away. It needs the intermittent sunshine of a touch, a smile, an embrace, a kiss to grow vivacious and healthy. Without this measured shed, the sapling lives a feeble life; one that can spring to life today and sleep to death tomorrow. And most importantly, the gardener himself doesn’t know whether he wants the sapling to breathe or perish.

After nine thirsty years, when Ludwig and his beloved finally get a deserted road, all to themselves, to soak the intoxicating feeling of being alone for the first time, they get besieged by the conflicting emotions picking violently at their hearts. The clasped hands seem like chained links, the brushing shoulders, like rough shawls. The essence of this contradicting unravelling of events gets captured in this striking paragraph:

“And whenever a lamp by the roadside cast its light on them at an angle, the shadows ahead merged as if embracing, stretching, longing for one another, two bodies in one form, parting again only to embrace once more, while they themselves walked on, tired and apart from each other. As if spellbound, he watched this strange game, that escape and recapture and separation again of the soulless figures, shadowy bodies that were only the reflection of their own.”

Zweig’s silken magic and profound insights place us in striking distance of Love and Absence. But he fittingly does not take a call whether one should keep both in the same box. But he says enough to convey that both need to be kept under strict vigil; after all, they have the capacity to change our world, singlehandedly. 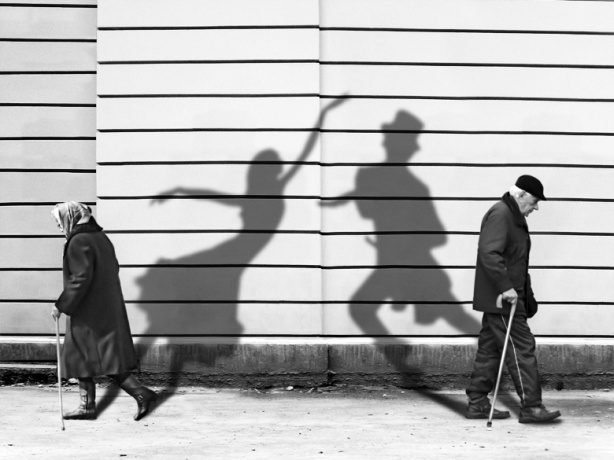