For a rainbow-chaser and flower-collector, satan-tango is not exactly the kind of event to spend an many evenings on. The brightness is pleasing odour and the not-so-brightness is forever under verdict. But there I stayed; lurking under the disturbing, frequently tingling, always jagging edges of this strange melody oozing from the tango being played in a far land in Hungary.

In an unknown, abandoned terrain, the devil strikes my world with a soft morning hoot, a touch so ethereal, so cajoling that I should have upped my antennae at that very instant. But instead, I treaded idly on his tune; I had nothing to worry, my strong mind for support. Extending my hand and touching a dilapidated dream, trudging on the solidified ground of incurable despair and casting a long glance on overstretched alliances, I jingled along the bewitching tune wherever it took me. Like a seasoned Pied Piper, the all-powerful Irimiás suspended the bleak kaleidoscope of life with the vigor of a rising sun and I stood, peeping into the rustic juxtaposition of synthetic hopes, unaware of the shaking soil beneath my hoisted feet. The satan-tango was leaving rapidly changing colors on the bodies of all under its hypnotic vibration, a few villagers with unusually twinkling eyes to be precise.

But I was definitely not getting swayed in the virulent air engulfing the invisible specks of remnant desires. The villagers fought and prayed condemnation, they drank and hoped redemption, they cheated and bargained life, they suspected and ordained clarity, they voyaged and visualized tomorrow. And all this while, I walked safely on a parallel track, overseeing their devious twitches enraptured by the tango’s strings, smirking at their unbelievable gullibility rupturing their faint blue veins. I knew the tango was going to recede after spraying a noxious plume of immobilizing staccato , sucking all the music from their souls and then, perhaps, I might serve as a timely messenger in curtailing Irimiás’ similar tango sessions in the fertile vicinity of other vulnerable simpletons.

[The scintillating writing skills of Krasznahorkai deserves a special mention! You might be reminded of the melody of a guitar strung on dope!] 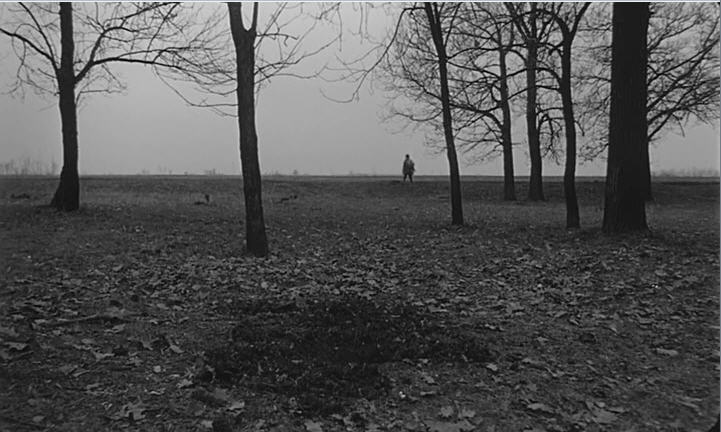