Confessions of a Mask by Yukio Mishima
My Rating: 3 of 5 Stars 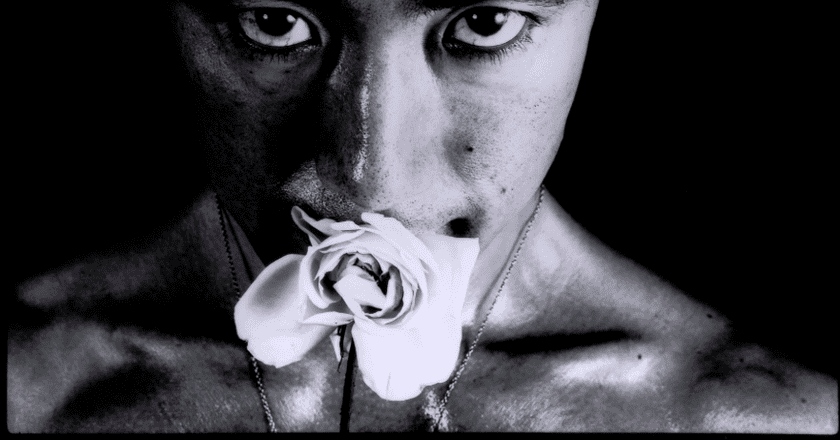 Confession , as a word, has a strong connotation – prelude to its utterance is a hesitation, and that hesitation alone, is sufficient to engulf the confession-maker with an odour that reeks of both delay and guilt.

It is not pain that hovers about his straining chest, his tense abdomen, his slightly contorted hips, but some flicker of melancholy pleasure like music. Were it not for the arrows with their shafts deeply sunk into his left armpit and right side, he would seem more a Roman athlete resting from fatigue, leaning against a dusky tree in a garden.
I had a presentiment then that there is in this world a kind of desire like stinging pain. Looking up at that dirty youth, I was choked by desire, thinking, “I want to change into him,” thinking, “I want to be him.

But masks fall, and with them, fall something that cannot be defined in lumps of clay or words.

Mishima’s tale is an exploration undertaken by a young man into the lanes of his sexuality. This journey turns daunting because during it, he encounters, not just his homosexuality, but his homosexuality hanging as an ugly prop over the backdrop of a war-ravaged land in WWII. Part-autobiographical, part-allegoric, Mishima rips open his heart to bare his innermost battles and jumps in its midst as the lone wager from both sides. Even in his salacious exploits, one can notice his disdain towards the outcomes of war.

I was the only one who did not have genuine lung trouble. I was pretending instead that I had a bad heart. In those days, one had to have either medals or illness.

His initiation of the reader into the Tokyo of 1940s is authentic, and unenthused, and thus, not without merit. The beauty captured in his language dances to its master’s intent, which is, yet again, expectedly tainted with hues of melancholy and unfulfillment.

And later, as I looked down at the city from a window of the elevated train, the snow scene, not yet having caught the rays of the rising sun, looked more gloomy than beautiful. The snow seemed like a dirty bandage hiding the open wounds of the city, hiding those irregular gashes of haphazard streets and tortuous alleys, courtyards and occasional plots of bare ground, that form the only beauty to be found in the panorama of our cities.

In his account of beauty and love, affection and bravery, friendship and isolation, lies a seething pain that is not hungry for an antidote; instead, it breathes on its charred body, heavily and without restraint. The narrative turns, in time, raucously masochistic, and this is precisely where I leave his company for my errands. His obsessive relationship with the nature of his confessions, which emerge dyed in dark, dingy varnishes, run like a treasured vinyl but repeated runs rob it of its haunting melody and its crushing palpability. But one doesn’t discard such souvenirs because….

The moment for parting stood waiting eagerly. A vulgar blues was being kneaded into time.